This site presents information and links designed to introduce religious naturalism (RN) to those who are not yet familiar with it. And, for those who respect science as a foundation for understanding what is real, it provides resources for exploring a religious orientation that appreciates the mystery, order, and beauty in the world and the spiritual part of ourselves.

Menu options, shown above and to the right, identify topics that can be examined.

Religion means much more than a state of mind
or an ecstatic or mystical mood.
It’s a commitment over a lifetime
to what a person considers to be good.
John Haught

Part of this involves a general attitude – of trying to be a moral person and exemplify ideals that that have long been respected by many cultures and religious traditions. Some perspectives on being spiritual or being religious can be seen via the links above.

Mindfulness,
in paying attention in ways that let us to see what is around us;

Humility,
where we can see ourselves as small in the grand scheme of the natural world, and as we recognize that there is much that we’re unable to understand;

Appreciation,
in being grateful – for being alive, and for health and all that sustains it.

A number of other attitudes are generally valued by religious naturalists, such as compassion, hope, and wonder (and also, for many, reverence – in regarding life as sacred; or, in the words of William Blake, that “everything that lives is holy”). And due to personal circumstances or background, particular attitudes may be important to individuals. For example, a Unitarian minister who has sympathies toward Christian atheism and religious naturalism highlights an attitude of caution – as he explores ways to discuss ideas that may challenge prevailing traditions.

Efforts to nurture these and other attitudes can involve learning – taking in sermons and in books about virtues and stories of admirable people and deeds.  It can also involve reminders or ritual acts that help ideas to register more strongly. As Alain de Botton described this,

“ . . . we tend to believe in the modern secular world that if you tell someone something once, they’ll remember it. . . Religions go, ‘Nonsense. You need to keep repeating the lesson 10 times a day.’ . . . Otherwise our minds are like sieves. . . The other thing that religions know is we’re not just brains, we are also bodies. And when they teach us a lesson, they do it via the body. . . Religions are fascinating in the way they try and combine the two.” 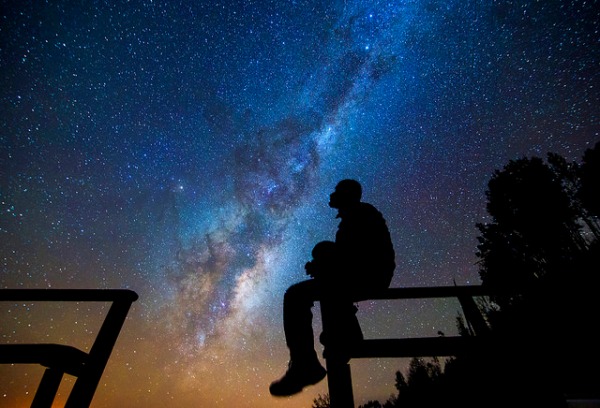 In some Jewish traditions, preaching about forgiveness and new beginnings may be accompanied by a ritual bath.

A physical experience that can help to reinforce an attitude of humility is to go out at night, when the Milky Way can be seen, and gaze at the many stars in the sky.

Some engage in a moment of silence or saying words to express thanks for food before a meal. (Studies have shown that saying that you are thankful can make you feel thankful.)

Many other ways of using physical actions, repetition, reminders, and other techniques serve to develop religious attitudes and to keep them front-and-center as prominent parts of our lives.

Greater Good Magazine
includes articles and web links to pages on altruism, empathy, forgiveness, compassion, and other “science-based practices for a meaningful life”

Why is my life so hard? (podcast and transcript)
discusses why most of us aren’t nearly as grateful as we ought to be,
how gratitude has been shown to be good for us, and
some practices that can increase our ability to feel grateful.