Why Does Religious Naturalism Matter?

Religious Naturalists understand that we exist in interdependent relationships with other living things and our environment. This realization leads us to live in ways that are sustainable and compassionate.

Scientific inquiry has provisioned us with a mind-boggling new core narrative  — the epic of evolution, the epic of creation, the universe story, big history, everybody’s story. Religious naturalists take this epic as a core narrative and go on to explore its religious potential, developing interpretive, spiritual, and moral/ethical responses to the story. In particular, religious naturalists take an  ecological view of morality.

Ecomorality is the recognition that morality is a far larger concept than human interactions, that the earth itself merits our respect and responsibility. The religious naturalist seeks right relations between the earth and its creatures, absorbing our interrelatedness and interdependence

Naturalists can see values as being grounded in nature. This begins at the simplest levels, where all creatures distinguish good from bad. Be it a single-celled amoeba or a plant, insect, reptile, or mammal, all are attracted to things that are good for them and avoid things that cause harm. A central principle and value lies behind this, in maintaining life and well-being.Since humans are social creatures, this principle and value has two perspectives.

1. One is individual, in acting in ways that are good for one’s own emotional and material well-being.

2. The other pertains to groups where, as group harmony is desired, self-interest is constrained and behaviors like kindness and cooperation are valued.

A tension often exists between self-interest and the good of the group (and, also, between the good of a small sub-group and the good of a larger group), and this accounts for many challenges and problems. Given a range of tendencies in individuals (in being selfish or selfless, in varying degrees and in different settings), groups tend to encourage and reward choices that contribute to the well-being of the group.Religious Naturalists recognize the interdependence of living things and the environment. This understanding influences what matters to us. Some things that many Religious Naturalists value are:Sustainability: Interdependent systems tend to be resilient and sustaining to their constituents.Inclusive Connection: In an interdependent world inclusion and diversity contribute to resilience.Humility: We recognize that we are part of larger systems.

Contribution: In interdependent systems each component has a supportive role to play. 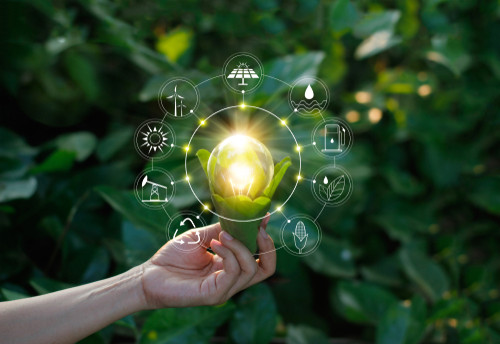 Preserve and cherish the pale blue dot, the only home we’ve ever known.