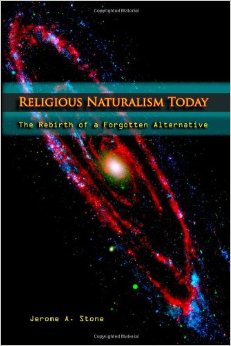 The roots of religious naturalism trace back well into history and are present in a number of cultures, including Native American traditions and some strains in early Christian thought. Some approaches within Buddhism, Hinduism, and Daoism are also related.

In the mid-1600s, Barauch Spinoza described God as synonymous with nature. Similar themes can be seen in the poetry of William Wordsworth and essays by Ralph Waldo Emerson, John Muir, and others in the mid-1800s.

In the first half of the 20th century, religious naturalism was actively discussed among philosophers, including George Santayana at Harvard, Samuel Alexander in England, and John Dewey at the University of Chicago. Henry Nelson Wieman and Ralph Burhoe were influential, and several in the Jewish community, including Mordecai Kaplan (a early leader in the Reconstructionist movement) and Jack Cohen presented similar views.

A new wave of interest began in the 1990s, resulting in books and articles by Loyal Rue, Ursula Goodenough, Chet Raymo, Jerome Stone, Donald Crosby, Karl Peters, Willem Drees, Gordon Kauffman, Robert Corrington, Wesley Wildman, and others, and increased discussion of RN in conferences, classes and online venues. To serve as a forum for discussion and a resource for writings and art related to the religious naturalist orientation, the Religious Naturalist Association (RNA) was founded in 2014.

A detailed look at the history and development of thought among religious naturalists can be found in Jerome Stone’s book, Religious Naturalism Today: The Rebirth of a Forgotten Alternative.