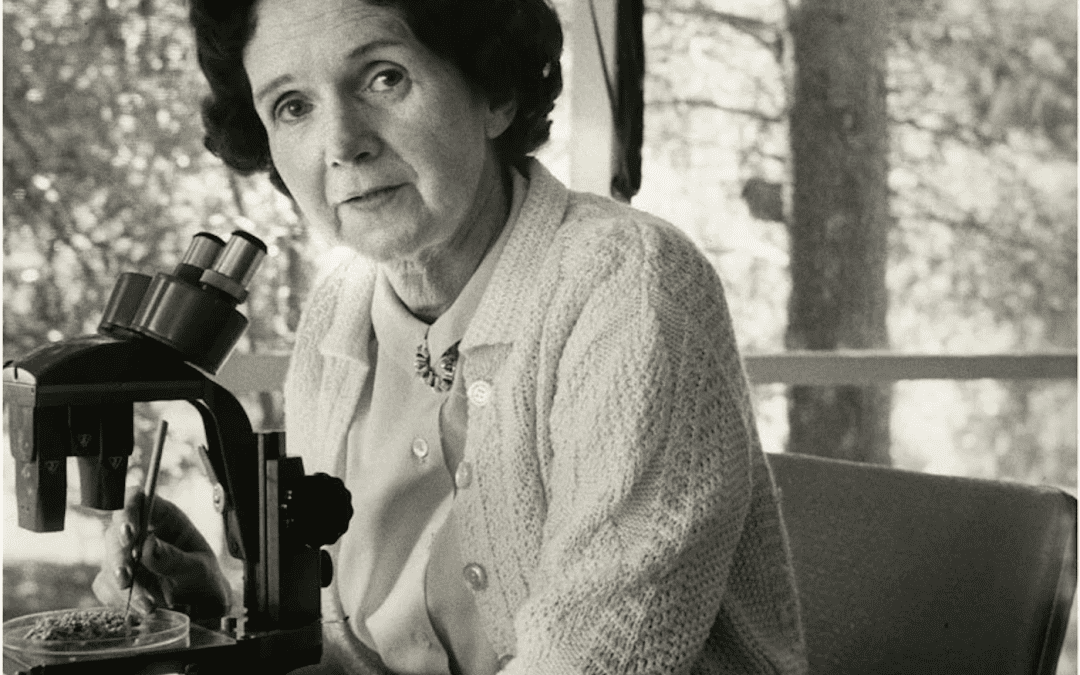 It being Earth Day, a paean must go out to Rachel Carson, its inspiration and its embodiment. I’ll post below some of her mellifluous quotes that lift up her deep religious naturalist sensibilities, sensibilities that fueled her pivotal environmental activism.

Those who dwell among the beauties and mysteries of the earth are never alone or weary of life. Those who contemplate the beauty of the earth find reserves of strength that will endure as long as life lasts. There is something infinitely healing in the repeated refrains of nature — the assurance that dawn comes after night, and spring after winter.

In its mysterious past the ocean encompasses all the dim origins of life and it receives in the end, after many transmutations, the dead husks of that same life. For all at last return to the sea – to Oceanus, the ocean river, like the ever-flowing stream of time, the beginning and the end.

To stand at the edge of the sea, to sense the ebb and flow of the tides, to feel the breath of a mist moving over a great salt marsh, to watch the flight of shore birds that have swept up and down the surf lines of the continents for untold thousands of years, to see the running of the old eels and the young shad to the sea, is to have knowledge of things that are as nearly eternal as any earthly life can be.

The differences I sense in this particular instant of time that is mine are but the differences of a moment, determined by our place in the stream of time and in the long rhythms of the sea. Once this rocky coast beneath me was a plain of sand; then the sea rose and found a new shore line. And again in some shadowy future the surf will have ground these rocks to sand and will have returned the coast to its earlier state. And so in my mind’s eye these coastal forms merge and blend in a shifting, kaleidoscopic pattern in which there is no finality, no ultimate and fixed reality — earth becoming fluid as the sea itself.

We assume that knowledge of science is the prerogative of only a small number of human beings, isolated and priestlike in their laboratories. This is not true. The materials of science are the materials of life itself. Our science-based understanding of the natural world is part of the reality of living; it is the way, the how and the why for everything in our experience.

I like to define biology as the history of the earth and all its life – past, present, and future. To understand biology is to understand that all life is linked to the earth from which it came; it is to understand that the stream of life, flowing out of the dim past into the uncertain future, is in reality a unified force, though composed of an infinite number and variety of separate lives.

If there is poetry in my book about the sea, it is not because I deliberately put it there, but because no one could write truthfully about the sea and leave out the poetry.

The human race is challenged more than ever before to demonstrate our mastery, not over nature but of ourselves.