Paul Tillich was critical of the view of God as a type of being or presence. He felt that, if God were a being, God could not then properly be called the source of all being (due to the question of what, in turn, created God). As an alternative, he suggested that God be understood as the “ground of Being-Itself”.

He felt that, since one cannot deny that there is being (where we and our world exist), there is therefore a Power of Being. He saw God as the ground upon which all beings exist. As such, God precedes “being itself” and God is manifested in the structure of beings.

To give contrast to the common image of God as presence/being, he used the term “God Above God”.

Tillich appreciated symbols as the only way to envision something as meaningful and abstract as God. He saw God as a symbol, and appreciated the image of a personal God as a way for people to relate or respond to the ground of being. Likewise, he felt that, by re-envisioning stories that had been previously been accepted literally, major themes in Christian imagery could remain meaningful.

Tillich saw the root of atheism as rejection of the traditional image (of God as presence/being) and he thought that an alternative symbolic image could potentially be seen as acceptable.

Ground of being has been considered in a variety of ways, including the creative order, forces, and potential in nature. Some perspectives on this were described by Albert Einstein who (among other statements) said:

“Try and penetrate with our limited means the secrets of nature and you will find that, behind all the discernible concatenations, there remains something subtle, intangible, and inexplicable. Veneration for this force beyond anything that we can comprehend is my religion.” 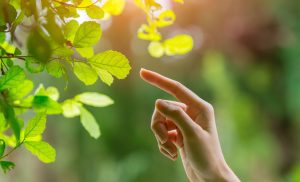